Menu
Log in
Register
Install the app
You are using an out of date browser. It may not display this or other websites correctly.
You should upgrade or use an alternative browser.

I can't imagine both of these are intended, are they?

Administrator
Game Master
Nope, already fixed in my next patch! Should get deployed today, should fix all of those but let me know after. I'll keep this open for now incase something is missed.
OP
M

Thanks, I have it resolved fully in the next update.
OP
M

Administrator
Game Master
I had to get a little creative. On production UO any player-owned NPC can hold costumes but doing so does not change their body value.

It was a bug reported here a while ago but left it alone since players seemed to like it at the time.

Moving forward it did have to be tweaked a little though. Stewards and Mannequins, also confirmed on production, will no longer change form if holding a costume. Player Vendors, for now, will still be able to hold costumes but also will no longer show up as a monster in the tracking menu.
OP
M

Supporter
i have a new one!

Tracking Jillian (@Bocephus ) when in Wraith form, pops them up in Monster tracking as a Wraith named 'Wraith'

Whereas out of wraithform Jillian is a person called Jillian

I know that being in different forms puts you in different categories, but is it supposed to not show your target's name?
is this intended?

Miral said:
i have a new one!

Tracking Jillian (@Bocephus ) when in Wraith form, pops them up in Monster tracking as a Wraith named 'Wraith'

I know that being in different forms puts you in different categories, but is it supposed to not show your target's name?
is this intended?
Click to expand...

Different forms, like animal forms too, will actually show you as that animal. This can help players evade detection as well.

Administrator
Game Master
I BELIEVE I got most of the issues resolved with things showing up where they shouldn't I will keep this open for a few days though still. If you notice anything odd please let me know.

Supporter
Rather than making a new post... Should pets and tameables fall under Animals or Monsters? or does it depend on the species?

I noticed Triton's fall under the Monster category

Administrator
Game Master
It depends on what it is flagged for in the body table. Monster or Animal. 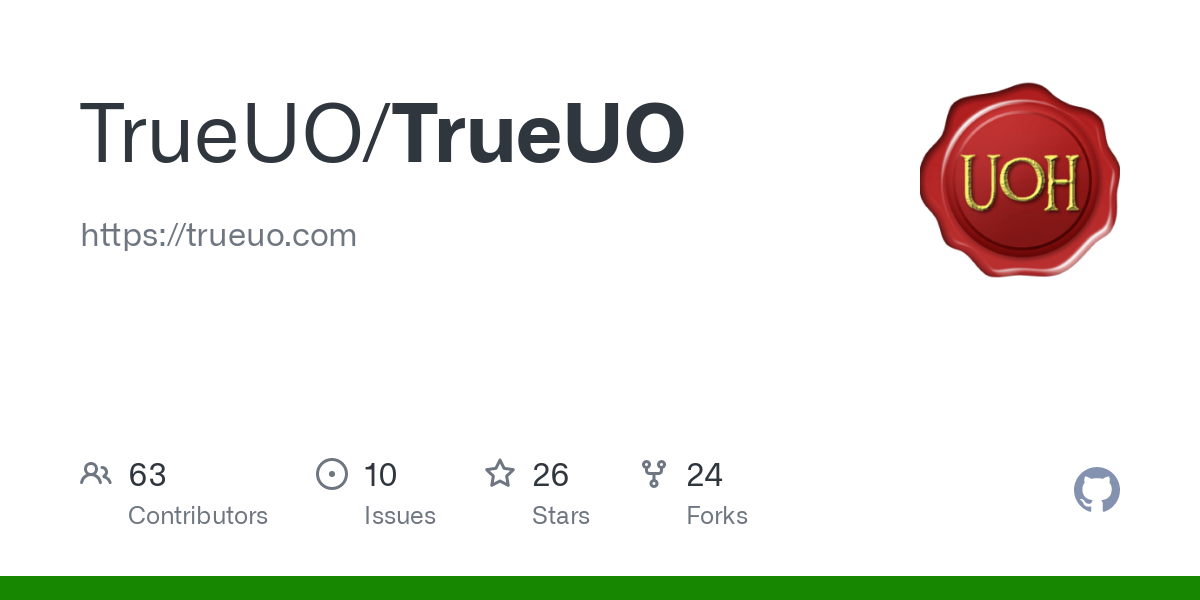 https://trueuo.com. Contribute to TrueUO/TrueUO development by creating an account on GitHub.

If it is a monster or animal, being tamed does not change that distinction.